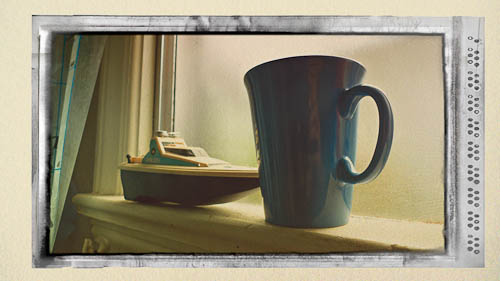 To be creative implies – to some extent at least – to discover new solutions or new ways of expressing one self or finding new territory for the mind to explore. Creativity implies expansion, openness and mentally a willingness to go beyond the beating tracks. And I believe creativity can only be accomplished by letting go. Lose control. Set aside the established rules. Go where you are not supposed to go. Be curious. That’s why I think the creative person needs to be able to connect with his or her unconscious mind. We – at least traditionally in the Western part of the world – have come to almost exclusively trust our rational thinking. In most situations it comes in handy, but not when trying to expand our creativity. We cannot find new ways by rationalisation. Using the same rules or established believe systems – which is what rational thinking in reality is all about – will not make you go beyond the framework of the rules. Two plus two will always be four no matter how creative you try to be – as long as you stick with the established mathematical thinking.

Particularly for us photographers our rational mind has a tendency to get in the way. There is just so much rationality around the process of photography that we get caught up in f-stops or shutter speed, camera technique, classical compositional rules, the Golden triangle, S-curves – you name it. But sometimes we just have to let go of it all, take a chance, and just be more impulsive and trust our instincts and unconscious capacity. Like when we react to something worth photographing and we try to impose some compositional rule to make it look good, we actually make it look like something we have already seen before, something we already like. It’s not breaking through into a new dimension so to speak. I am not saying that technique and composition is to be avoided, by far, but it should work as means for our creativity – not as obstacles by taking control of our way of photographing.

Tap into you unconscious mind when you photograph, is what I try to say. And by you, I more than anything mean myself. I am certainly too caught up with technical perfection and the «right» composition. All too often. But it’s hard to let go, it takes some guts. And even then it’s hard. That’s why I have been working to find ways to force myself to let go, to let my unconscious mind take over. And I have found a few tricks that work. Not because they produce anything spectacular, but because they give me new ideas and new tools to play with that I would not have seen otherwise.

One person who has really been thinking about connecting creativity with the unconscious mind is the award-winning poet, playwright, and filmmaker Julia Cameron. Despite her extensive film and theatre credits, which include such diverse work as Miami Vice and the prize-winning romantic comedy God’s Will, which she both wrote and directed, Cameron is best known for her hugely successful works on creativity. Particularly her book The Artist Way has gained wide recognition. It’s basically a book that teaches techniques and exercises to assist people in gaining self confidence in harnessing their creative talents and skills. One of the basic tools is what Cameron calls morning pages. The first thing you do when you wake up is sit down and write three pages of whatever comes to your mind. Every morning. The idea is that when you wake up you are still very connected to your unconscious mind – which then expresses itself through your writing. It may sound a little silly, but it works. And now I am in the process of trying my own variations of the morning pages. Instead of writing, I take photographs. You can call it my morning photographs. I get up and start to shoot, whatever is caught by my eyes and mind. It’s all playful photographing. I try to react and shoot directly without thinking. Just to see what comes out of it. It’s been fun, it’s been interesting and it’s made me take pictures I otherwise would never have done. Again nothing spectacular, but definitely expanding my vision and creative mind. It’s still in its infant stage, but I’ll let you know what comes out of it eventually.

For more about me and my work, have a look at my website:
www.munchow.no
Join 23,567 other followers